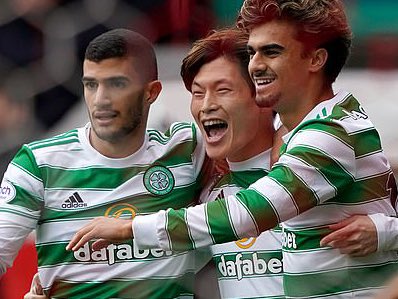 Celticattacker Furuhashi also expressed his delight at the positive start made by national team colleague TakehiroTomiyasu following his move to Arsenal in the summer. Tomiyasu was recently voted as the best Arsenal player in the month of September by the fans to highlight the excellent start to his Gunners career. He has helped Arsenal to record three clean sheets in his first four games since his transfer from Italian Serie A side Bologna at the end of August.

Furuhashistated that his focus is on Celtic and not a move to the Premier League when he was quizzed about moving to the English top flight after an excellent start to his career at Parkhead.The Japanese player joined the Ange Postecoglou revolution at Celtic during this summer’s transfer window and he has been a hit in the Scottish Premiership. Celtic signed Furuhashi from Vissel Kobe in his native Japan.

New Celtic signing Furuhashi has scored eight goals in 11 games for the Scottish Premiership giants in all competitions and this is despite missing five games due to injury.

During his interview with Mizumuna, Celtic striker Furuhashi was asked if he would follow in the footsteps of Frenchman OdsonneEdouard in moving from Celtic to the Premier League and his answer was emphatic. According to him, he wants to achieve results to stay at Celtic and in the Japanese national team. The aforementioned Edouard was one of the many exits at Celtic following his big money transfer to Crystal Palace.